Here’s something I sketched a while back. It’s based on stories I heard from clients and interviews from the podcast. 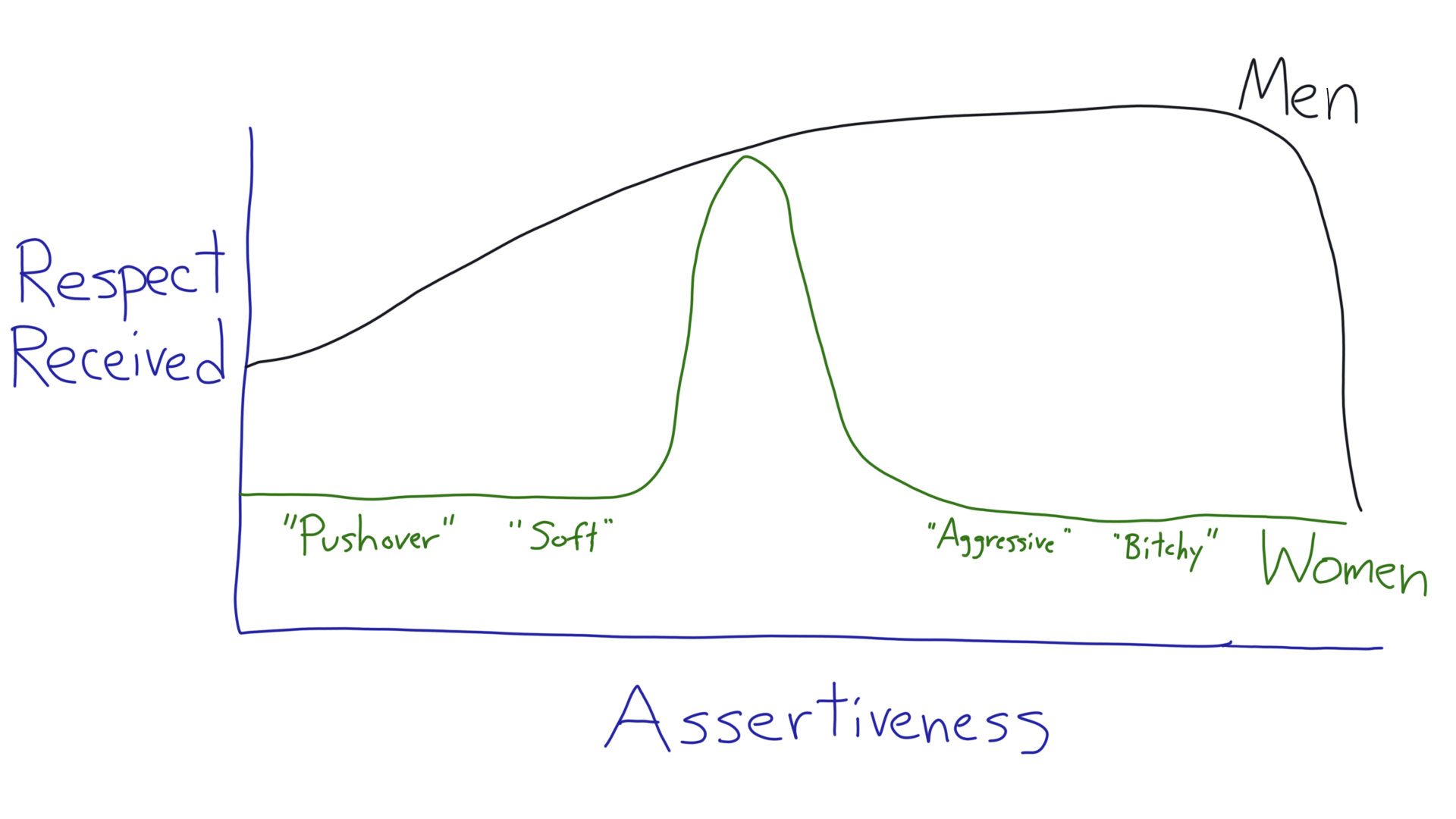 What do you make of this?

P.S. Did someone forward this issue to you? I’d love to have you join us by signing up here.

Please forward this issue to a friend. Thank you!

You’re receiving this email because you opted in at my website amielhandelsman.com

To make sure you keep getting this newsletter, please add amiel@amielhandelsman.com to your contacts or whitelist the address.

More mid-week actionable insights! Let me know what you think by hitting Reply.

Five keys to influencing up

Want to shape how a senior executive sees you? Here are five keys:

Knock your next difficult conversation out of the park

What’s up with the podcast?

It’s gestating. Under design. When it’s back, you’ll see a new name, new format, and even more actionable focus.

Use recovery periods to stay in the Zone

I disagree. To give your best for sustained periods and reduce mistakes, recovery periods are essential. Your brain needs them to learn. Your body needs them to stay focused and grounded. And guess what? Your colleagues need you to take them, because you’re a wiser and kinder person when you do.

This isn’t complicated. After fully engaging for 90 minutes, take a 5-minute break. Go for a short walk. Drink a glass of water. Wash your face. Stretch. Sprint. Use a meditation app like Headspace or Calm. Whatever it takes for you to renew. Then fully engage for another 90 minutes. Then, you guessed it: another 5-minute break.

As in sports, it’s hard work, then release. Stress, then recovery. Just do it, then just rest it.

P.S. Did someone forward this issue to you? I’d love to have you join us by signing up here.

Please forward this issue to a friend. Thank you

You’re receiving this email because you opted in at my website amielhandelsman.com

To make sure you keep getting this newsletter, please add amiel@amielhandelsman.com to your contacts or whitelist the address.Unsubscribe | Update your preferences | 7625 SE 18th Ave, Portland, OR 97202

Ask for a promotion if you aren’t offered one

You don’t ask for a promotion because you want your boss to offer it to you. Getting offered a promotion feels great. She does the hard thinking. You don’t have to go to her, because she comes to you. And you are now in the driver’s seat. No wonder so many people wait for this to happen.

But waiting requires patience, and who in our world has time for patience? (You know I’m joking, right?). Plus your boss may never make the offer. She may not know you want a promotion. Or she thinks the perfect time for it is next year, after you’ve completed that massive project everyone is talking about. Or she has 99 other things on her mind, including things you’ve asked her for. Plus, she is the kind of person who asks for what she wants. You haven’t asked for a promotion, so you must not really want it.

That brings us to the second method for getting a promotion: asking for it. I call this a request.

Not all requests are created equal. Some are likely to get you what you want. Others will give you things you don’t want and never expected. Occasionally this will turn out in a good way. More often, as my late grandmother would say, not so much!

The illustration above shows four very different results of asking for a promotion. I’ll walk you through them in a moment. But first, we need to introduce an equation that will make your life better.

Remember this equation when you ask for a promotion

Your goal isn’t to ask for a promotion, but to get one. You want a promise. And a request can be many things, but one thing it is not is a promise. That requires something more. Which leads us to our equation:

This isn’t calculus, but the math matters. To get a promise of a promotion, asking isn’t enough. You need your boss to accept the request. She needs to say Yes.

I can hear you saying, “This is so simple.” It is.

I can imagine you thinking, “Amiel, you are insulting my intelligence.” I am.

And I know what you want to remind me. That a lot more than Yes can happen between the request for promotion and the promise. There can be negotiation, clarifying questions, long pauses to think, counteroffers, checking in with other stakeholders, and various power moves like the single raised eyebrow, which is hard to do but brutally effective.

But here’s the thing. Every single day, smart and savvy people forget this equation—or act as though it doesn’t exist. Either they fail to make the request or they forget to create a request that their boss can accept.

So, the first thing is to make the request—to ask for a promotion. You have to speak. Second, you need to make an effective request. You could be introverted or extraverted. You could be soft-spoken or carry an oomph in your voice. In every case, it helps to speak clearly. This means being two things:

I call these the What and the When.

We all know there is much more to asking for a promotion than the What and the When. There is thinking carefully about what work you actually want to do and what title you want to carry, assessing your capacity, framing the request (the Why), timing it (when your boss is in good spirits), identifying your BATNA (best alternative to a negotiated agreement), considering who else will be impacted if you’re successful, and preparing for the conversation. It’s far more complex than what and when.

However, I’ve been consulting since 1993, and consultants are required to use four-quadrant diagrams. So, for, now we’ll stick with two variables: the What and the When.

Three ineffective ways to ask for a promotion

The illustration above shows the four possible scenarios that can result when you ask for a promotion. Three of these you generally want to avoid:

Want a bigger, better job? Ask for a promotion like this

By now you’ve mastered the math of the promotion—or at least peeked at the above illustration—so the fourth scenario is easy.

You are clear about what you want and specific about when you want it.

Plus you’re boss has the desire, status, and budget to do her part.

The result? You get promoted to a bigger, better job.

There is one caveat to all this: I can’t guarantee that getting the promotion will make you any happier. You might hate the new job. You might distrust the new boss. You might feel overwhelmed by all the new money you’re making (OK, probably not this, unless it’s a lot of money). But my diagram doesn’t include the word “happy,” so for now, we’ll assume that this concept doesn’t exist.

Things happen in the world when people make commitments to each other. When they make promises.

So if you want people to promise you things that you want, remember these points:

What request—for a promotion or anything else—will you be making today? In this week’s episode, Michael Dolan and I show you how to bring about the results you want in life by combining two powerful action frameworks: Getting Things Done (GTD) and promise-based management.

GTD, also known as workflow coaching, helps you manage agreements with yourself. David Allen, my guest on episode 13, outlined this model in his mega bestselling book, Getting Things Done. Michael has been bringing this approach to executives and senior professionals for many years.

Promise-based management helps you manage commitments with others. I heard about it 20 years ago, gave my first talk about it in 2003, and enjoy introducing it to clients. It has been one of the principal themes of this podcast. Many of you heard the integral mashup I did on this topic several months ago.

The question Michael and I explore today is this: what happens when you integrate both frameworks into your day-to-day work life? What becomes possible when you become adept at managing agreements with yourself using GTD and skilled at managing commitments with others using promise-based management?

Neither of us promises you will become superhuman or super-happy.

Then again, nor do we claim these are out of reach!

But seriously, I enjoyed rolling up my sleeves with Michael. Join us as we dig in below the level of concepts to explore specific behaviors you can start practicing today when you combine these powerful frameworks. This week I look at the Kavanaugh/Ford hearings and the conversations about it from seven different perspectives. You will quickly discover how deeply immersed (OK, obsessed) I’ve been the past couple of weeks, how closely I’ve followed both the minute facts and the larger political and cultural story, and, at times, how emotionally involved I’ve become. Here, we fly the Amiel Show airplane up to 30,000 feet and observe—sometimes calmly and sometimes with great passion—the events of the past two weeks, what they mean, and how we can grow ourselves through this complex and challenging experience. How is a lie different from an ungrounded assessment, and why does this matter in leadership? Where does a leader’s authority come from? What happens when you provide a well-grounded assessment that doesn’t matter to anyone listening?

I have a hunch that your answers to these questions will help you understand the peculiar and disturbing state of politics in the United States today.

This week on the podcast, Chris Chittenden joins me to make sense of these questions. Chris and I previously spoke about real accountability. This time, he helps me use his powerful ontological lens to understand the age of Trump and simultaneously provide clarity about leadership in organizations.